See what Dave Rotheroe has to say in his Testimonial & Review

So, Messenger automation is absolutely the way forward. We've been using it to make a lot more money for ourselves and our clients for the past few years. Clever Messenger, absolutely, hands down, beats the rest of the 100% of the time. Also, the support team is incredible!

Following below is a lightly edited transcript of the video:

Dave Rotheroe: Hello Dave Rotheroe here, founder at Grip, we make ads that don't suck, and I want to make a quick video testimonial for Stefan and the Clever Messenger team. Now, if you're not already using Messenger automation in your business, then guaranteed, you're leaving an absolute ton of money on the table. This is an incredible way of making sales, and taking the weight off of your sales team and your support team, and in fact replacing a lot of that as well.

Whereas in the past, to do some of the things, you'd have to employ an entire team of salespeople and all the support staff, with Messenger automation, then you can replace a lot of that, and in fact, you can scale it far harder and far more, far more efficiently as well. Because it follows said processes so you can make more profit in your business without having to outlay on more staff or more team members and all of those human errors that come in using an actual real human to do these things.

So mainly, the main thing is that almost always when you use a software app like this, you're going to find that there's 1 integration, at least 1 integration that just doesn't work, or isn't, doesn't exist. And you have to try and patching together with some kind of Zapier or API integration, which ends up costing a lot of money and usually breaking. That's not the case for Clever Messenger. They've got more integrations than I've seen at all in any similar software, which just makes everything so much easier and makes everything seamlessly integrate.

Also, the support team is absolutely incredible. Stefan and the team did an amazing job, building a really robust app, which you absolutely need when it comes to this kind of automation, because if something breaks in these kinds of things, it could be days before you realize it and you can be losing sales.

That's not the case with Clever Messenger. They built something really robust and really, really great. So, if you're thinking about investing in Clever Messenger right now, it's an absolute no brainer. My advice is 100% don't hesitate another second longer. Drop the hammer and get involved. Stefan and team, thank you so much for building such a great software platform - really appreciate it.

Here’s why Messenger should have your undivided attention

Over 1.3 billion active users and growing daily!
72% of people who use Messenger are confirmed online buyers.
It is the most engaging channel with average 82% open rates.
It has 4 to 10 times higher CTRs compared to email.
Response time is 20% FASTER compared to traditional messaging.

Your audience already uses Messenger day-in day-out, you and your business
should be a part of that conversation.

"I've Been Impressed With What They've Been Doing..." 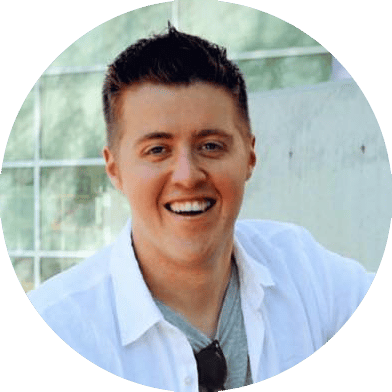 Common questions are already answered below.

We have a detailed comparison page you can view by clicking here.

All our pricing information is on this page.

Yes, every plan allows you to run Clever Messenger for clients. However, with an Agency account, you have more control over client accounts. One thing to note is that you do need admin access to your clients' Facebook pages, and they’ll automatically be synced with your Clever Messenger account.
Yup. If you’re ever unhappy with anything inside of Clever Messenger, we believe you’re entitled to a refund. Please see our Refund Policy.
We accept all major Credit Cards and PayPal.
Yes! With Clever Messenger you personalize any message with first and/or last name, full name, date or day of week, external links, images, CTAs, emoji, attachments, videos, custom delays and much, much more.

Just some nice things our customers have said about us.

"Messenger bots are a warm and welcoming opportunity."

Ready To Get Started?

Grow your business with bots.